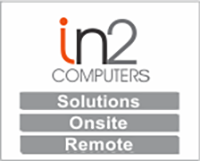 An Android banking trojan, that targets users of the Australian Government’s my.gov.au site and also users of the National Australia Bank website, has been spotted by security firm Kaspersky, which claims the malware is adopting what it describes as “unusual” tactics.

Card-skimming actors have hit the booking websites of two unnamed chain-brand hotels, the security firm Trend Micro says, adding that this was the second time it had seen a case of this threat actor hitting an ecommerce service provider directly instead of an individual store or a third-party supply chain.

Australian dedicated multi-sports streaming service Kayo Sports says an isolated issue with one of its network providers, that affected a small number of customers, caused errors during streaming of Rugby World Cup matches on Sunday.

Australian companies are still lagging on the use of analytics in their businesses according to a new research report which shows they also continue to fall behind global peers in analytics maturity and impact.

Credit provider American Express cards are now useable on Sydney’s contactless payments system which is being rolled out by Transport NSW.